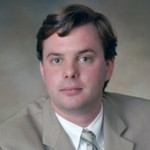 His practice consists of DUI and Criminal Defense, and Personal Injury.  While in law school, he served as an intern at the Sacramento County and Yolo County Public Defender's Office. After graduating law school, Mr. Rehm passed both the California and New York Bar Examinations on his first attempt. He then accepted a position at the Legal Aid Society-Criminal Defense Division in Brooklyn, NY representing the indigent in Brooklyn Criminal Court.  He has been in private practice for the last twelve years.

Michael Rehm believes in a honest approach to representation, for any questions as to the level of experience Michael Rehm has in any practice area, in any region, feel free to directly ask, and feel free to ask for specifics. Attorney Michael Rehm believes in providing an honest assessment of your legal situation, he will not sugarcoat the situation, or imply any kind of results or outcome. If you are at the point where you are contacting an attorney, you need an honest assessment of your situation, and information as to how your life is going to be impacted, and you do not have time for a sales job.  You need to see the forest through the trees.  As a public defender, Michael Rehm took pride in helping the community, and continues that approach today, offering free consultations, including to those who have no intention or financial ability to hire a lawyer.

Thank you for contacting us. We will get back to you shortly.

Please complete all required fields below.

The Law Office of Michael Rehm